Recently, the Wall Street Journal published a special report entitled Moving Upstream – The Robot Revolution Manufacturing 2.0. The piece looked at the development and application of industrial robots by representative companies across the world such as Kawasaki, Rapoo and JD. It explored and examined how companies develop and apply robots, as well as their views on future developments. The Wall Street Journal summarized the status of robots in the modern workplace, suggesting that robot manufacturing will continue to develop rapidly into the future. The manufacturing automation revolution 2.0 has come. 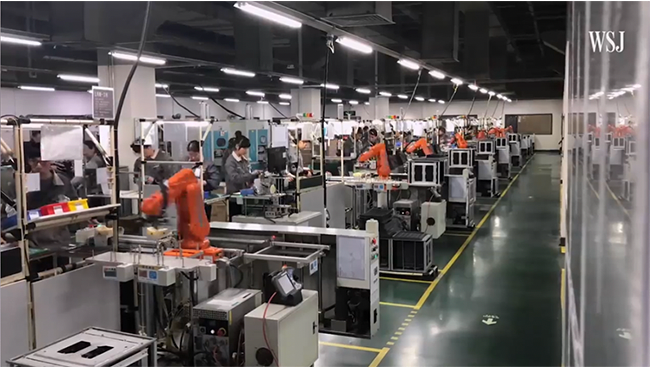 The Wall Street Journal has always been the highest-end newspaper in the United States, focusing on financial and commercial reports, and many elites in government, business, finance, science, technology, education, and medicine are loyal readers. It features a serious reporting style and cautious choice of subject matter, and thus is of great influence internationally.

As early as 2015, a special report on the Journal – The Rise of Chinese Robots Becoming the Centre of Automation in the World – conducted an in-depth analysis on the driving force behind the wide application of industrial robots by Chinese entrepreneurs. It suggested that the Chinese state is gradually reducing the support for labour-intensive industries and is beginning to give priority to capital-intensive sectors such as automobiles, electronics, and steel, adopting high-levels of automation, with the ultimate goal of gradually becoming a global centre for automatic production.

In the past three years, industrial robots have developed rapidly, and China officially became the world’s largest market for industrial robots from 2016. In 2017, 120 thousand units of China’s industrial robots were sold, accounting for about one third of the global production. At the same time, it was the ninth consecutive year that China was the world’s first consumer in high-end CNC machine tools. According to data, 50% of the world’s CNC machine tools are installed in China’s production lines. Behind all the data is the great contribution of China’s industries and enterprises in new and innovative applications.

“We started to explore the automation of the plant in 2008”, Hao Zeng, Founder and CEO of Rapoo, told the reporter from the Wall Street Journal. Rapoo is a well-established Chinese peripheral manufacturer. In recent years, the company has been in competition with giants such as Logitech, Razer, SteelSeries, and Microsoft in domestic and foreign markets. With increasing production and sales volumes and rising labour costs, Rapoo finally decided to purchase 75 ABB robots in 2010 and applied these to their production lines, making the company the world’s largest customer of ABB robots overnight. 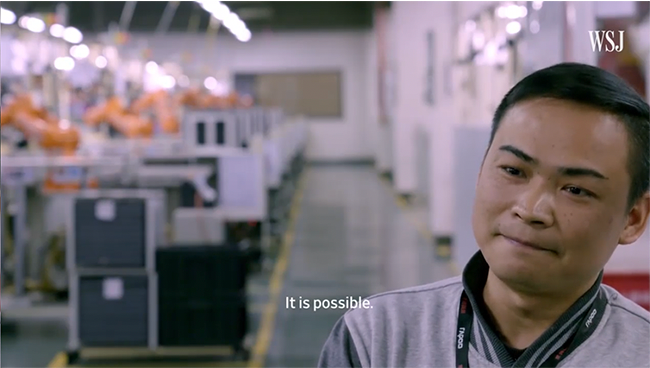 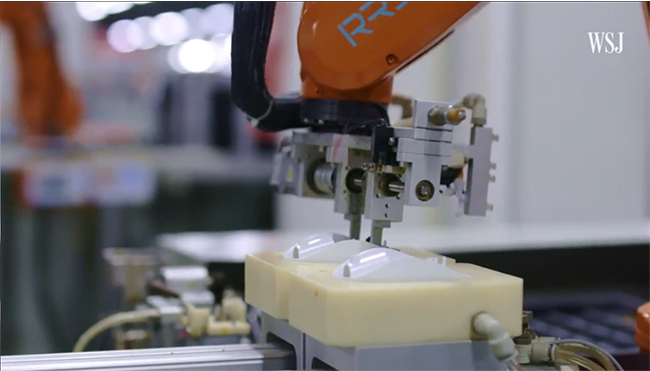 It took Rapoo a year and a half from the introduction of the robotic equipment to completing the debugging for the whole production line. The resulting production line is equipped with several industrial robots and related devices which perform production steps such as opening moulds, injections, and assembly. Nowadays you can see in the Rapoo plant that robots take responsibility for many steps in the mouse and keyboard production line, mainly replacing manual labour in plugging and testing electronic components, as well as assembling, testing, packing, and palletizing finished products, in addition to material distribution. With the maturity of industrial robot technology and the rapid development of artificial intelligence, unmanned factories and unmanned production lines may also be achieved in the near future.

“This (robotic production line) makes our company more competitive in terms of production costs.” Hao Zeng said. While the output is increasing, the robotic production line has reduced the labour force from over 3,000 workers to just more than 800. In addition, the development cycle of new products has shortened from 3.8 months to 60 days; the supply chain is now able to bring about real-time ordering/delivery, wherein the delivery cycle has been reduced from 50 days to 10-15 days, an increase of 80%, and the delivery rate has reached more than 98.5%; the inventory turnover rate has increased by 5% – 10%; and the cost of materials has been reduced by 70%. This data has become the industry benchmark, further strengthening the position of Rapoo as the top brand of domestic peripherals, making it easier to compete with international giants such as Logitech.

With the advancements and innovations in robot application in 3C/PC peripheral production, Rapoo has been recognized as a Chinese high-tech enterprise. It was one of the few enterprises involved in the manufacturing project for the National High-tech R&D Program (863 Program). In 2015, it was recognized as one of the first batch of smart manufacturing pilot demonstration enterprises by the Ministry of Industry and Information Technology.

Starting as an OEM of keyboards and mice, to the introduction of its own brand, to becoming the leading brand of domestic peripherals, and now to the introduction of an automatic production line with robot integration, Rapoo has always insisted on optimizing and adjusting its own business strategy based on actual developments. It is just because of the foresight and innovation of many enterprises such as Rapoo and JD that China’s industrial robot and automation sectors are developing rapidly, bringing competitive advantages in the new round of global manufacturing upgrades. 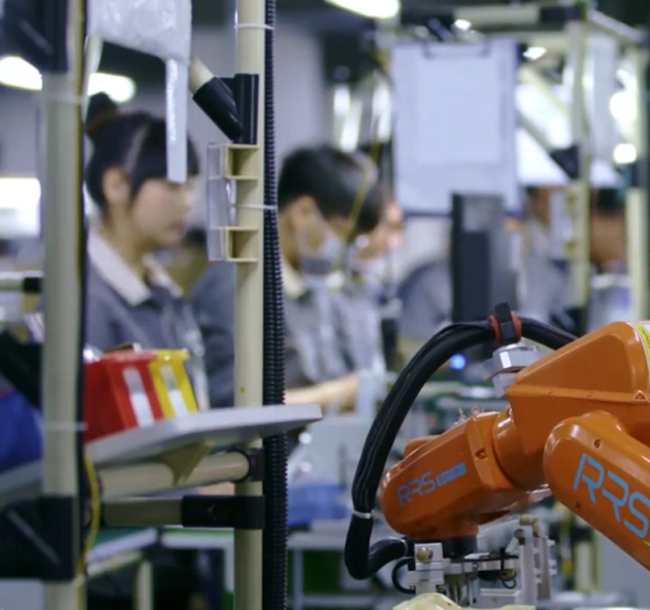